@mkopinsky tweeted this interesting idea at me today: 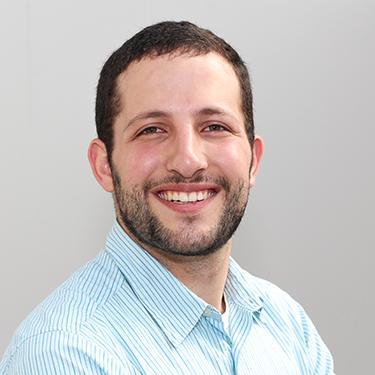 . @r00k I would love to see a duolingo-style CQC, where I can do challenges at my own pace and mark them done. I see the appeal for the 30-day approach buy it doesn't work for me. I am more inclined to binge, and a progress dashboard would work well for me.

I think this idea makes a lot of sense, particularly because I’ve noticed that a number of folks are completing the course at their own pace anyway (I’m fine with that, by the way).

What do you think of the following for v2 of the course?

Do you think this change would make you more or less likely to complete more of the exercises?

Here’s my thoughts about this:

Do you think this change would make you more or less likely to complete more of the exercises?

It would not impact my attitude towards the course. Happy to trial this as part of the course we’re running through. We’re sort of half way, doing the second half in a different way might give you enough data to make a choice. Or you could run a second cohort in that model and see the difference.

I think having a dashboard and the forum might be confusing if in the forum there are all the exercises. Where’s the surprise in that? But that might just be me. Setting up a full on dashboard with an embedded forum for each challenge sounds like quite a bit of work.

What I like about the daily exercises it that’s it’s building an habit of doing something little every day to make the codebase better. The compound effect of that will be huge.

Sort of like Katrina Owen’s Therapeutic Refactoring or your daily tool sharpening.

This is the biggest takeaway of this course for me right now.

If I put myself in your shoes @ben, and think about what would get the most people in the course, maybe making the format more flexible makes sense.

What about something like Coursea does? You can go through the challenges at your own pace, but there are still deadlines, so that people can get that extra kick of motivation?

I like the 30 day time release schedule, but the move at your own pace is kind of appealing. However, I do think the move at your own pace removes the community aspect and make this more of a lone wolf kind of challenge. It is already but I enjoy seeing a bunch of posts on each day and receiving an email prompting me to do something. It feels more like personal training and less like you bought a gym membership and there are machines you can work when you feel like it. Also I think seeing 1 or two posts trickle in over the entire 30 days for each topic would ruin the feel of logging in an seeing 10-15 posts in a thread for that day, that feeling of seeing everyone else crushing it motivates me to do more, and participate.

I disagree with the new approach tweeted personally. However, that doesn’t mean that it can’t be right for others.

Hopefully after this cohort finishes I not only know the new techniques but have a built up habit of taking time to think about code quality.

If I bust out 15 of these in an afternoon I sort-of gain the learning of the fifteen but lose the good-habit building. It would be like working out for 10 hours instead of half an hour for twenty days.

Also, secondarily, binge-consumption would effectively eliminate 90% of the community aspect. If people want to hop in at their own pace they can, but I see the biggest value in the 30 day approach.

I agree 100% that the challenges should remain small, approximately 20 minutes in size. I also think that there should be some sort of gamification incentive e.g. streaks encouraging people to do it daily. But for those of us who struggle with daily habits in general, it feels a WHOLE lot better to say “today I did a CQC exercise and now I have 3 green checks instead of 2” than “today I did last Wednesday’s CQC exercise, now I’m only 8 days behind instead of 9”.

I also agree with others (e.g. @schwad) in the thread, that for some people the 30-day approach is better. All I’m saying is that it doesn’t really work for me.

I like that - the “3 green checks instead of 2” concept. Currently, I am kind of in that boat. After a solid 7 days unplug vacation with the family for the holidays, I am feeling behind on last week’s CQCs and honestly a little bummed. Having it be less bound to days and more to accomplishments could definitely alleviate this.

Also agree with @mokagio’s thoughts on “@ben’s shoes”, that if I were running this I would want as many people as possible to participate, learn, and really get something out of the exercises.

I am probably suffering from my own cognitive bias in terms of what works for me and what I like, rather than what might be the best solution for the general development community.

Might even be worth trying in the latter half of the month with this group. The enthusiasm and participation of this group has been phenomenal! And we are already here, so you know we are likely down to try new things.

I’m personally getting a lot out of seeing the same faces in the forum day after day. Doing this in a self-paced way could be fine if I feel like I’m getting good encouragement from my colleagues at work, but it’s also nice to see what other people are doing daily.

TL;DR: I’m seeing a big benefit from the daily deadlines and community and don’t believe I’d be as motivated in a self-paced environment.

I’d echo what nick is saying here, I think the community is a big part of why I’m sticking with it (though I’ve fallen a bit behind) - if it were self-paced, especially this time of year, I’d surely have dropped out by now.